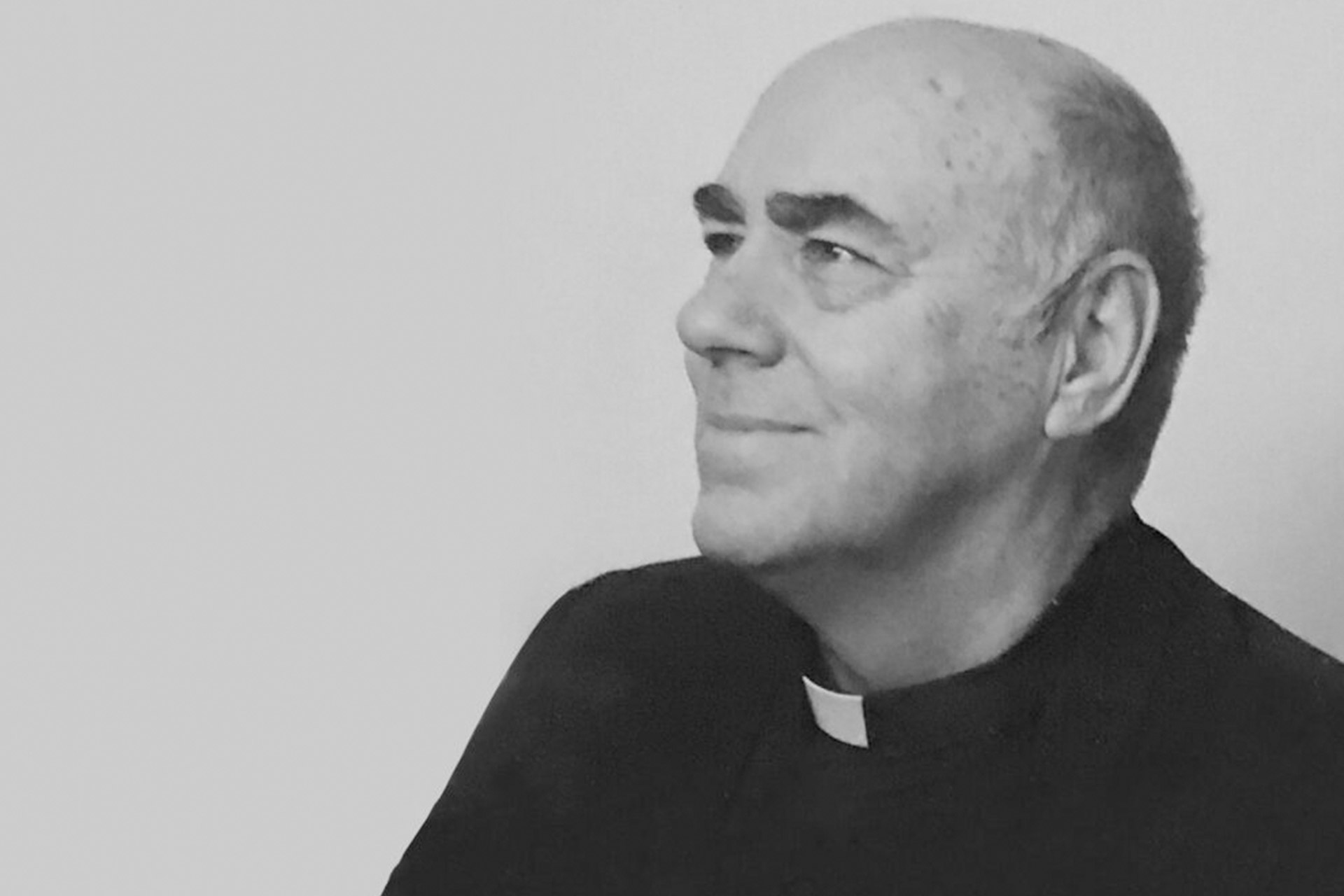 Today we mourn the loss of an ardent supporter of the Mississauga Symphony Orchestra, Reverend Edward Jackman.

Reverend Jackman was an incredible supporter of the arts, with an affinity for opera. Without Reverend Jackman’s financial support, the MSO would not have been able to bring the grandeur, artistry, and virtuosity of Grand Opera to Mississauga. It is because of Reverend Jackman’s immense support that we were able to stage productions of Carmen, La Boheme and La Traviata. The generosity and kindness of Reverend Edward Jackman will forever be remembered by the staff, musicians, and patrons of the Mississauga Symphony Orchestra.

Edward Jackman was born in Toronto, February 20, 1940. He was predeceased by his parents Henry Jackman and Mary Coyne Rowell and is survived by his siblings, the Honorable Henry “Hal” (Maruja) Jackman, Dr. Frederic “Eric” (Sara) Jackman, and the Honorable Nancy Ruth (Elizabeth). He enjoyed being with his nieces and nephews and their children: Victoria (Thomas and Vita), Consuelo (Frank, Arthur, Josephine and Harry), Trinity (Griffin and Harry), Duncan (Rochelle) and children Oliver and Elodie, Tara (Alexander and Jonathan), Tom (Lisa), and Robert (Stefani) and their son, Graydon. Many family gatherings included fun conversations. Edward leaves Martha Jackson, his loving partner of 34 years. Edward was particularly proud of his family and had a special affection for the life and work of his maternal grandfather, the Hon. Newton Wesley Rowell (deceased 1942), a Methodist layman. He will be laid to rest beside him.

Edward attended Upper Canada College where he distinguished himself both in academics and in football, a game he continued to love to watch right up until his recent illness. As had been the family tradition, he attended Victoria University in the University of Toronto and graduated with a bachelor’s degree in philosophy in 1962. His love of his alma mater never waned and throughout his life he was a generous benefactor of its programs and scholars. After his graduation he underwent a time of great spiritual discernment, which was marked by his conversion to Roman Catholicism. This set him on a lifelong journey in service to the church, its history, and its many charitable works.

In 1971, Edward was ordained into the Catholic priesthood and became a member of the Order of Preachers (the Dominicans). For a short time, he served as a librarian in Wa, Ghana, but was forced to return home after contracting malaria. His African experience, however, engrained in him a powerful desire to help the marginalized, the hungry, and all those in need. Back in Canada he became active in the historical community, joining several societies dedicated to the study of Christian history. From 1980 to 1982 he served as president of the Canadian Catholic Historical Association, and up until his death, continued in the position of Secretary General. From here, Father Ed played a fundamental role in bringing association, which had been founded during World War II, back to life for the next half of its existence, as he organized, supported, and resourced the scholarly conferences and publications of that association for the next 40 years. He served as historian for the Archdiocese of Toronto until the 1990s, and during that time wrote and supervised many parish histories, an archdiocesan sesquicentennial project (1991-92), and a two-volume history of St. Augustine’s Seminary.

In partnership with McGill-Queen’s University Press, “Father Ed” managed, through the Jackman Foundation, to secure funding for over 100 titles in its Study of the History of Religion Series. In addition, he managed to assist many historians, both junior and senior scholars, to continue their studies, to undertake research, and to publish. He was also an active benefactor of the University of St. Michael’s College and the Pontifical Institute of Mediaeval Studies.

Father Ed never forgot his Methodist/United Church roots. He was a supporter of local United Churches and active in the preparation of a major study of the history of the Methodist Church in Canada. Moreover, he became a member and benefactor of the Canadian Methodist Historical Society. Proud of his families roots in Sussex England, he was a principal benefactor of the Petworth Project. At his alma mater, Victoria College, he became an enthusiastic supporter of the REED (Records in Early English Drama) project. He also had a deep interest in Ireland and became one of the principal supporters and a writer in the two volume The Untold Story: The Irish in Canada. The scholarly and Celtic community owes Father Ed an enormous debt of gratitude for his generosity, kindness, energy, and wisdom.

An ardent supporter of a variety of other faiths and Christian philanthropic endeavours, he was a Chaplain in the Order of St. Lazarus and the Toronto Commandery Hospice for palliative care, the École Biblique for the biblical studies in Jerusalem, and many smaller local church groups.

Many will remember Father Ed as an avid patron of the arts. He loved opera and spent most Saturday afternoons listening to live broadcasts from the MET on CBC radio. He was a patron of opera in Toronto, (Opera in Concert, Canadian Opera Company, music faculties at several universities, Orpheus Choir, No Strings Theatre for the development of young performers, the National Youth Orchestra, the Regent Park School of Music, among dozens of performing arts groups). Rarely did a week go by when he and Martha did not attend an opera event. His lifelong interest in art began with his family’s friendship with A. Y. Jackson of the Group of Seven and continued throughout his life as a member of the board for McMichael Art Gallery. He used his love for colour in his writing and as a designer of flags (vexillology), a lifelong interest that drew him close to the Burkes, a Canadian flag making family.

Edward will be greatly missed by his long-term personal assistant, Valerie Burke.

It is indeed safe to say that Father Ed will be missed by many. They are many stories that will be left untold because, in the true spirit of Christian charity, his generosity was often undertaken privately, without fanfare, and without advertisement. He could honestly say, in the end, citing St. Paul “I have fought the good fight, I have finished the race, I have kept the faith.” (2Tm.4.7).

Father Edward Jackman passed away peacefully in his home with Martha and Valerie by his side on Friday morning, June 18, 2021. In lieu of flowers, donations can be made to the new Vaughan Hospice (www.hospicevaughan.com). The family and Martha would like to publicly thank his Palliative Care team under the caring direction of Dr. Vincent Maida and the tireless attention from Ramona Ghosh. Due to continued Covid restrictions, a private funeral has been arranged for invited guests. A public Memorial will be held when it is safe to do so. Condolences may be forwarded through www.humphreymiles.com.