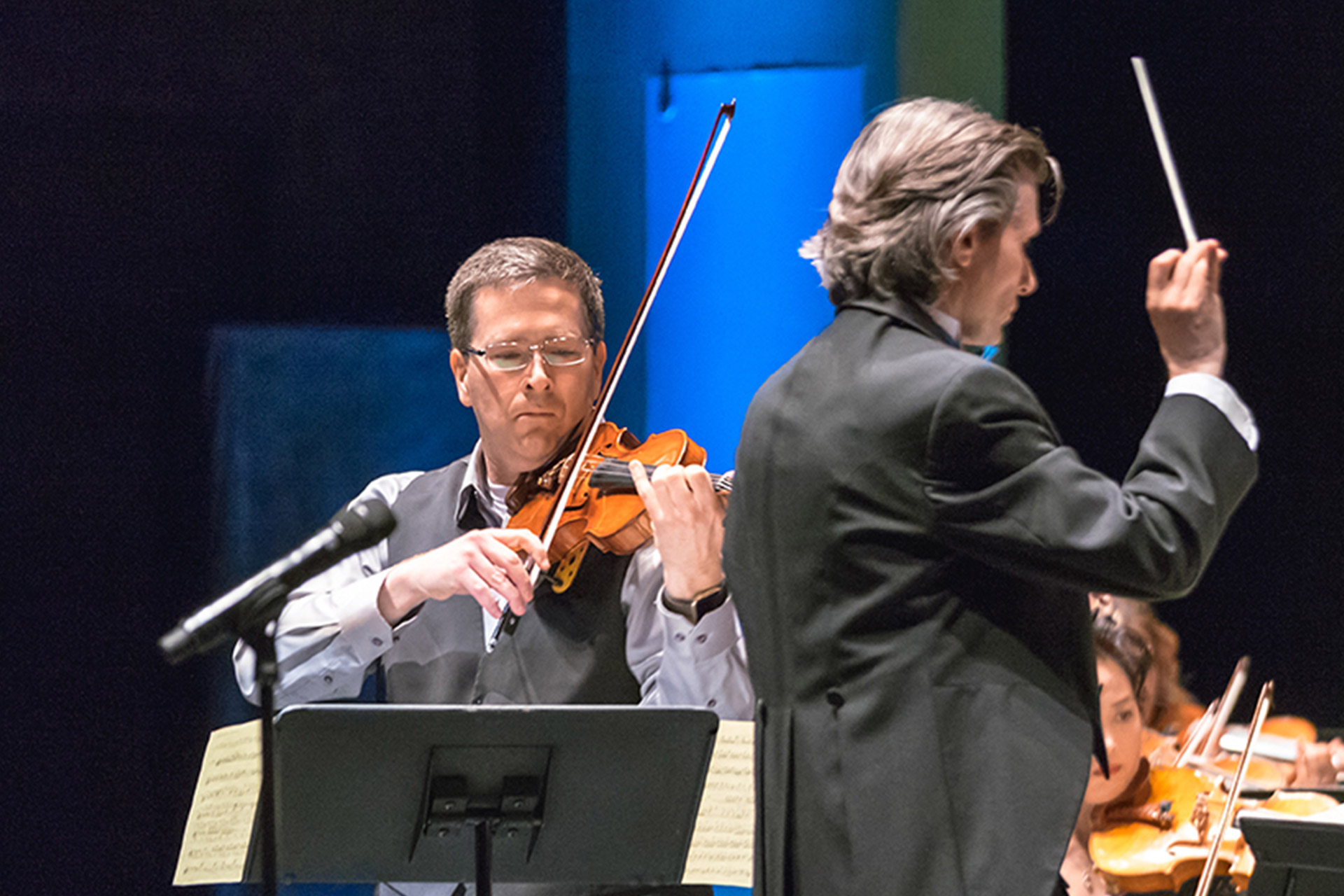 Corey Lyle Gemmell, violinist, currently makes his home in Markham, Ontario. He has distinguished himself as a soloist and chamber musician throughout Canada, Germany, the United States and China.

As a soloist, Mr.Gemmell has performed much of the standard repertoire for violin and orchestra. In recent seasons he performed concertos by Mendelssohn, Beethoven, Sibelius, Prokofiev, and Vivaldi. The 2022/2023 season will see him performing the Brahms Violin Concerto and Sarasate’s Carmen Fantasy.

An avid chamber musician, Mr. Gemmell was a member of Ensemble Vivant, the Elgin String Quartet, and the National Piano Trio for several years.  He has been a frequent guest artist with New Music Concerts, with whom he performed and led workshops at the National Conservatory of Beijing in 2016 and has been a guest on such series as the Chamber Music Society of Mississauga, Array Music, and the Kitchener-Waterloo Chamber Music Society, to name but a few.

Mr. Gemmell is a member of the faculty for the National Music Camp of Canada and is also on faculty at the Great Lakes International Summer Music Institute held out of Algoma University.  He has taught at the Royal Conservatory of Music and the University of Western Ontario and is a member of the Royal College of Examiners. He has led masterclasses and adjudicated at music festivals across Canada.

In the Spring of 2022, Mr.Gemmell recorded several new works of solo and chamber music by Canadian composers Ronald Royer, Daniel Mehdizadeh, Brandon Walker, and Elizabeth Raumin association with the Scarborough Philharmonic Orchestra, set for release in 2022/2023. He can be heard in recordings such as the Mozart Effect, having recorded several of Mozart’s Violin Sonatas and many of Mozart’s String Quartets for the series. With Ensemble Vivant he has completed three albums, including a 2022 release,“iFugue”, to critical acclaim. He was one of the contributing artists to record the Royal Conservatory of Music’s complete violin syllabus on compact disc in2013.  He has also recorded other works by Mozart, Brahms, Ravel, Robert A. Baker as well as numerous movie and commercial recordings.

Mr. Gemmell plays on a violin made in Milan in 1907 by Cipriano Briani and a violin made for him in 2005 by renowned Toronto luthier, Hratch Armenious, as well as bows by Lamy, Martin and Voirin.

On October 15, Corey will join the MSO in Hammerson Hall to perform the magnificent Brahms Violin Concerto. Tickets start at $40. Purchase HERE.